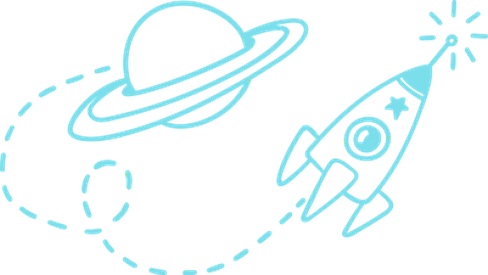 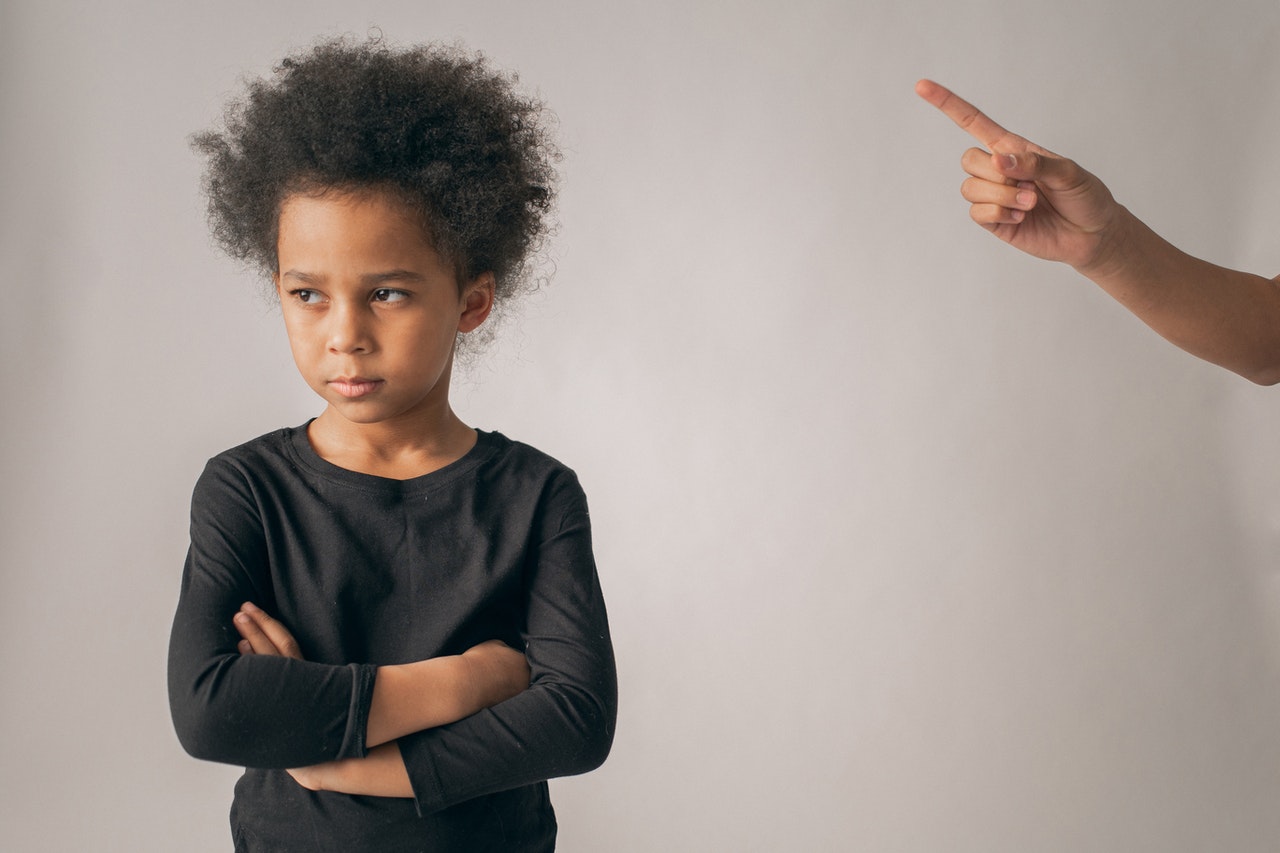 How to Discipline Young Kids Effectively: 4 Steps Every Parent Can Take

Every time Karen tells her 5-year-old son Jayden it’s time to leave a friend’s house, he explodes, throwing his toys, screaming and kicking her. “It’s gotten to the point that I don’t want to take him anywhere anymore,” she says. For Sarah, the problem is a little different. Her 3-year-old toddler has started biting other kids when she’s frustrated. “Lily’s having fewer play dates because no one wants her around, and I get it,” says Sarah. “And she’s already getting in trouble in pre-school.”

Disciplining young children can be challenging for parents, especially when their child’s behavior is especially inappropriate or obnoxious. There are few experiences more stressful—or more embarrassing—than having your child throw himself to the ground in the middle of a crowded store. But in the midst of all of these difficult years with your child, remember these two things: Bad behavior from children between the ages of two and six is completely normal—and as a parent, you have the ability to help your child learn how to begin to control him or herself.

What’s Your Discipline Strategy? 4 Steps to Better Young Child Behavior
Teaching your child boundaries, learning to say “no,” and coaching your child to practice good behaviors are all part of an important discipline strategy. Helping your child through each phase of his life with loving discipline is an integral part of his development, a necessary requirement to help him grow into a healthy adolescent and beyond. Having said that, it’s also important to acknowledge that it is almost never easy! I say this because I believe that too often parents shy away from disciplining their children because it hurts them to watch their little ones become even more upset. So the most important thing for you to do before you read any further is to acknowledge to yourself that discipline is not fun and rarely easy. However, without it your child will be at an enormous disadvantage throughout their school years and in their social life. Discipline teaches the most important values we as parents can impart to our children: self-control, boundaries, respect, and the ability to honor those around us.

Step 1: Be “Swift and Safe.” Discipline is different for each stage of your child’s development. For the young child between the ages of two and six, the main thing to remember is to keep the discipline simple and easy to understand. Parents of teenagers can spend a lot of time lecturing them on why not getting chores done is a violation of house rules, and the teen will get it (well, maybe!), but if you attempt an ongoing discussion with your four-year-old, you’ll find you won’t have a very alert audience for too long. My rule of thumb for attempting to change a young child’s behavior is to be “swift and safe.” By swift, I mean move in quickly to correct the behavior and place your child in an environment where he or she will be safe since young children have a tendency to lash out physically when angry or disciplined. (Note: If your young child has issues with anxiety when placed in an environment away from you, such as her bedroom, it may be helpful to put her in an area where she can still see and/or hear you.)

Three-year-old Charlotte has just smacked her best friend Joey in the head with a plastic plane they were arguing over. As Charlotte’s parent, your job is to move in swiftly, lowering your body to meet Charlotte’s eyes and stating: “We don’t hit,” while taking the plane away. Joey gets the plane to play with while you watch your daughter. If she continues to be aggressive or physical she is removed from the situation to a safe environment where she will sit until she calms down. At this point you can tell her “When you are ready to play nicely, you can return.”

Advertisement for Empowering Parents Total Transformation Online Package
Most, if not all, of your young child’s discipline at this age will center around her acting out (hitting, biting, screaming) for not getting her way, or perhaps throwing a tantrum. A child between the ages of two and six does not have the frustration tolerance, the language skills or reasoning abilities that an older child or an adult has. It’s unreasonable to expect anything else, so while it can be frustrating for you as the parent to have to continue disciplining your child for what seems like the same offenses over and over, remember how frustrated your child is and how normal it is for her to act out. Your role as the provider of loving, consistent discipline helps her to feel safe and secure, which will help her through this stage in her development.

Step 2: The Consistency Piece. The second step to effective discipline is consistency. Kids of every age are smart and very adept at sensing indecision or wavering in parents. If a child thinks for one second that they can get away with an offense, they will try it—and if not called out by their parents for their indiscretion, will learn early on that they can work the system in their house! I know being a consistent disciplinarian can be overwhelming, particularly with young children, so I encourage parents to have a slogan for themselves that they use when things begin to get out of control. Here’s an example:

Charlie, age 5, deplores bedtime. He will use every ounce of his energy to stall his parents each night and usually has a meltdown, screaming and throwing stuffed animals until his parents give in and let him stay up “just 15 more minutes.” His parents figure this is easier as his tantrums stop, at least momentarily. Instead of allowing Charlie to run the show though, his parents need a slogan to help them stay in control of bedtime. Before bedtime begins, I recommended they started saying to themselves, “I’m the parent here and I am in charge,” and then begin their bedtime ritual, which includes a declaration to Charlie: “From now on starting at 7:30 we will begin our bedtime routine. This will include your bath, your teeth being brushed and one story. If you are a good listener, I will consider reading you two stories. If you have a tantrum, you will go right to bed.”

When you tell your child matter-of-factly that you are in fact in charge and then propose a consistent routine each day, whether we’re talking about bedtime rituals or overall discipline, your child begins to know what to expect and feels secure within the rules of the house. Consistency equals calmness in a household.

Step 3: The Importance of Giving Choices. Kids at this age tend to feel like their lives are mostly mapped out for them on a day-to-day basis, so it’s important to give them some freedom of choice throughout the day. Think about your average day for a minute. What if someone told you what you were to wear and eat, when you would go to work and come home, and who you would socialize with each and everyday. Sounds boring, doesn’t it? Young children are no different and giving them some wiggle room each day is a loving form of discipline that is likely to decrease their tantrums and acting out. Here’s a good example:

Trey is a spirited, strong-willed 2 ½ year old child who likes to have his way. His mother shows her wisdom in allowing him to pick and choose various things throughout the day that really have no impact on Trey’s well-being or safety. At breakfast time she’ll ask Trey, “Do you want cantaloupe or grapes today?” Before naptime she’ll announce, “It’s time to take our nap in 15 minutes. Would you like to read a book or color before then?” When they get ready to run an errand, she’ll ask him, “Red sweater or green one today?”

The point here is to help your child avoid feeling so powerless on a daily basis that he reacts by acting out in inappropriate ways. Naturally this won’t always work and your child may simply tell you, “I don’t want to wear either sweater!” in which case you will repeat your parenting slogan to yourself and let your child know that if he can’t choose, you will choose for him.

Related content: Defiant Young Children and Toddlers: 5 Things Not to Do

Step 4: Give Consequences and Rewards. Make certain there are always consequences for your child’s actions, both positive and negative. Throughout life, we all have to live with the consequences of our actions. If you don’t go to work on time each day it is likely you will be fired. If a parent tends to be chronically lenient with their child, it is likely their child will be ill-behaved and not have many friends. One of the most important tools a parent can teach their child is that when they behave in a certain way, there will be certain consequences that follow. Here’s how an example:

Four-year-old Samantha continued to bite one particular little girl in her play group each week. Her mother attempted to talk to her about not biting, and she remained in charge of the situation by removing Samantha so that the other girl would be safe, and she was consistent with her discipline. Even so, Samantha still wouldn’t stop biting. So her mother finally said, “Biting is wrong. If you bite again we will leave immediately and will not come back to play group today.” Sure enough, Samantha tested the waters and bit again. Swiftly and safely her mother whisked Samantha out of the park, kicking and screaming. When she was safely belted in her car seat her mother said, “This is what happens when you bite. If you do it again, we will leave again.”

Children are able to understand that if you have a consequence that is not to their liking, their behavior will change pretty quickly so that they are able to join back in the fun. Yes, it can put a damper on your fun, but kids are smart enough to grasp the concept that naughty behavior equals serious consequences and will generally adapt to whatever expectations you have for them. And, just as adults receive positive consequences for their behavior (like getting a raise at work) there should also be positive consequences for your child, too. This is where a good behavior chart comes in handy in your home. Create any type of chart you’d like (Click here for free, downloadable charts created for Empowering Parents readers) and hang it at eye level for your child to see every day. When he succeeds at something, say not biting another child at the latest play date, he gets to put a sticker up for that day. At the end of the week after your child has earned so many stickers, he is rewarded with a bigger treat, which can range from a trip to the ice cream shop, extra video time or staying up 15 extra minutes at bedtime. For younger kids, you might start off with letting them earn a small reward each day; you can then gradually build up to longer periods of time before they earn their incentive. It is also helpful to ask your child what he would like to work towards earning; that way, you’ll also know what motivates him.

Disciplining a young child is never easy. It takes time, effort, and energy, which can all be in short supply when you are raising children, managing a career, a house, and the dozens of other day-to-day activities parents face. But just remember that effective, consistent discipline is the cornerstone to every child’s wellbeing and will follow them throughout their development and into their adult lives. 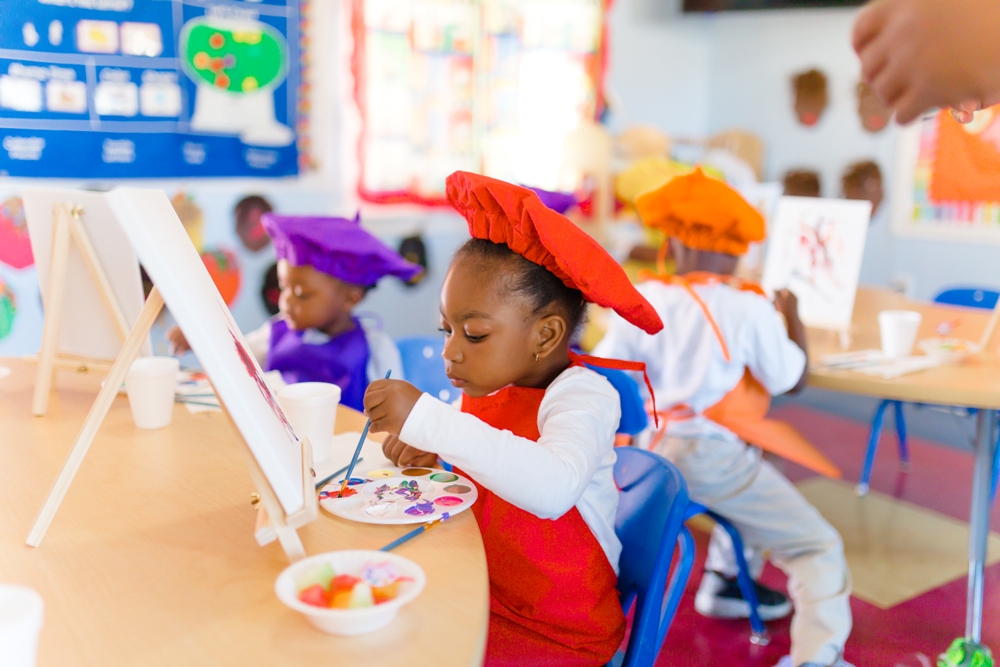 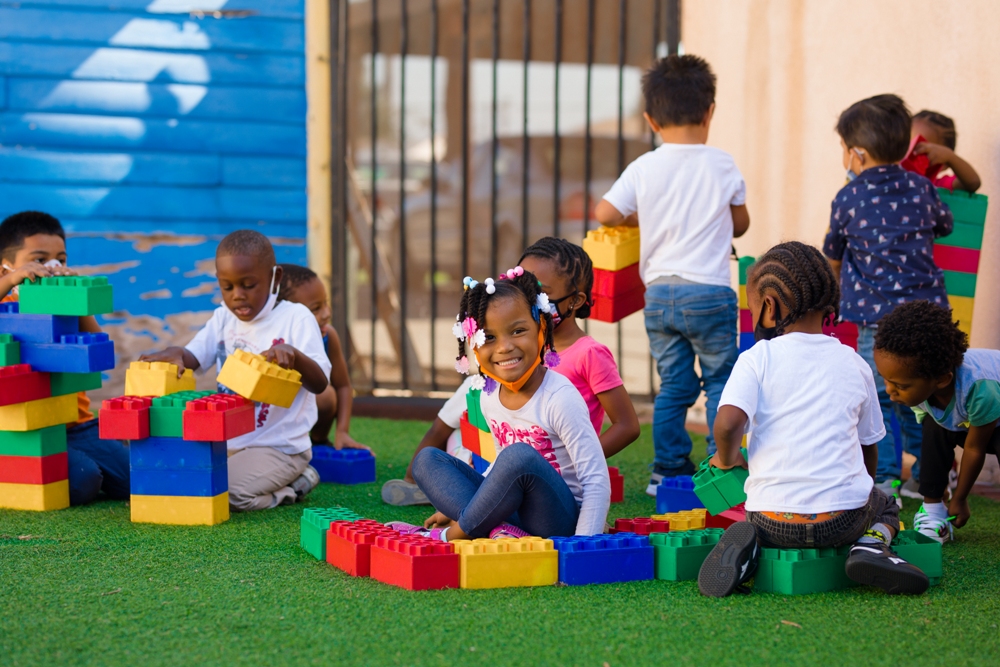 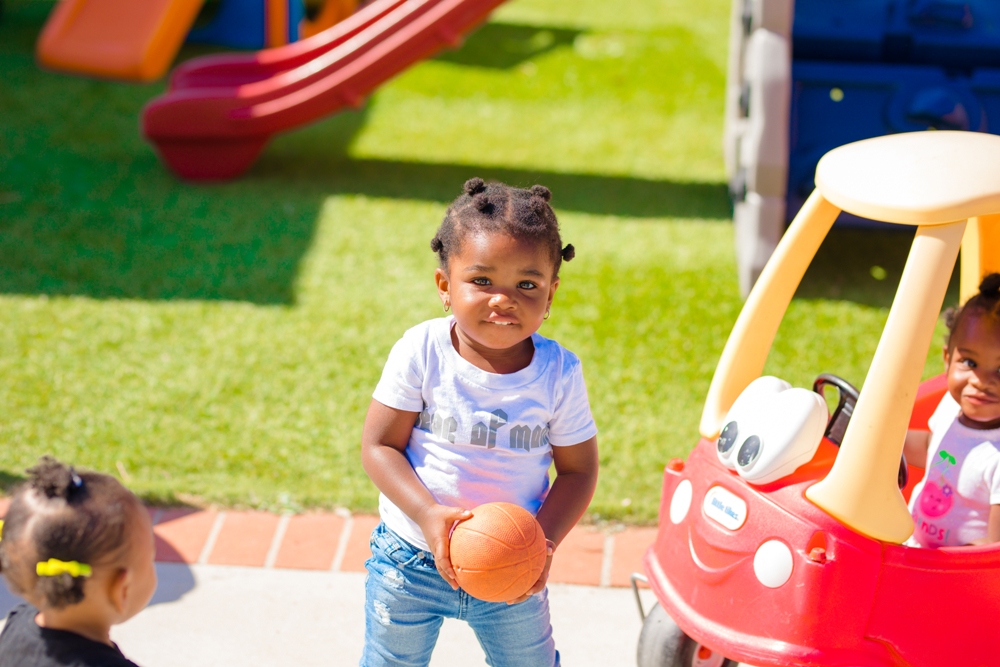 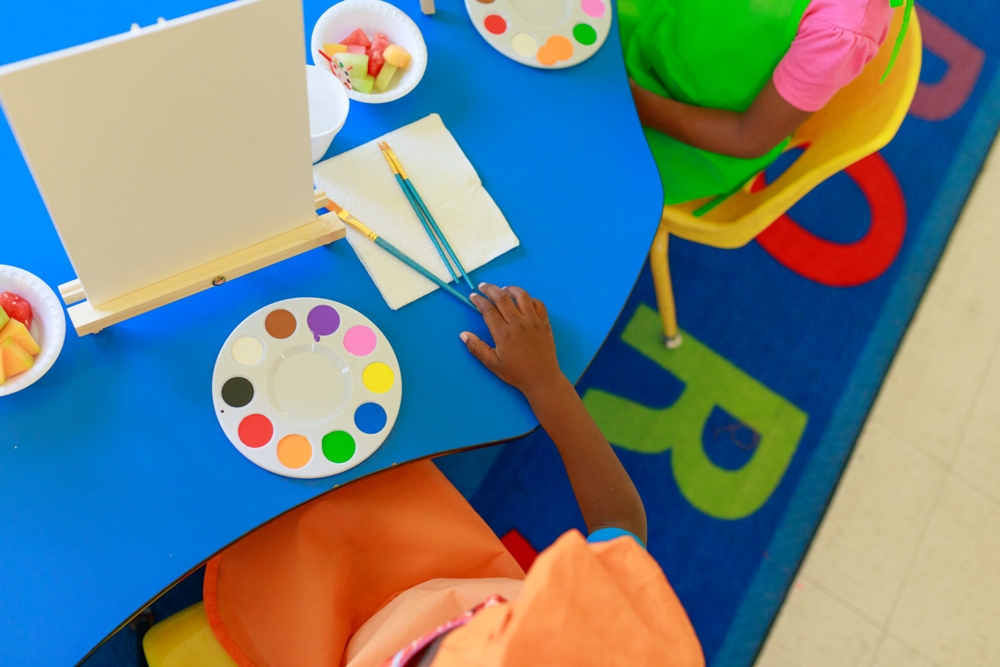 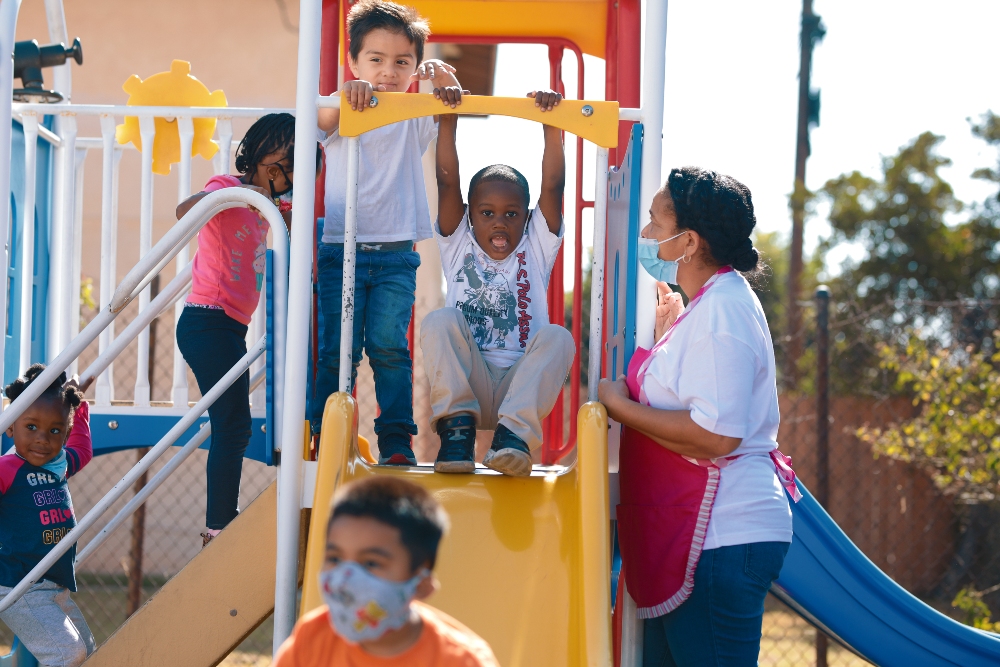 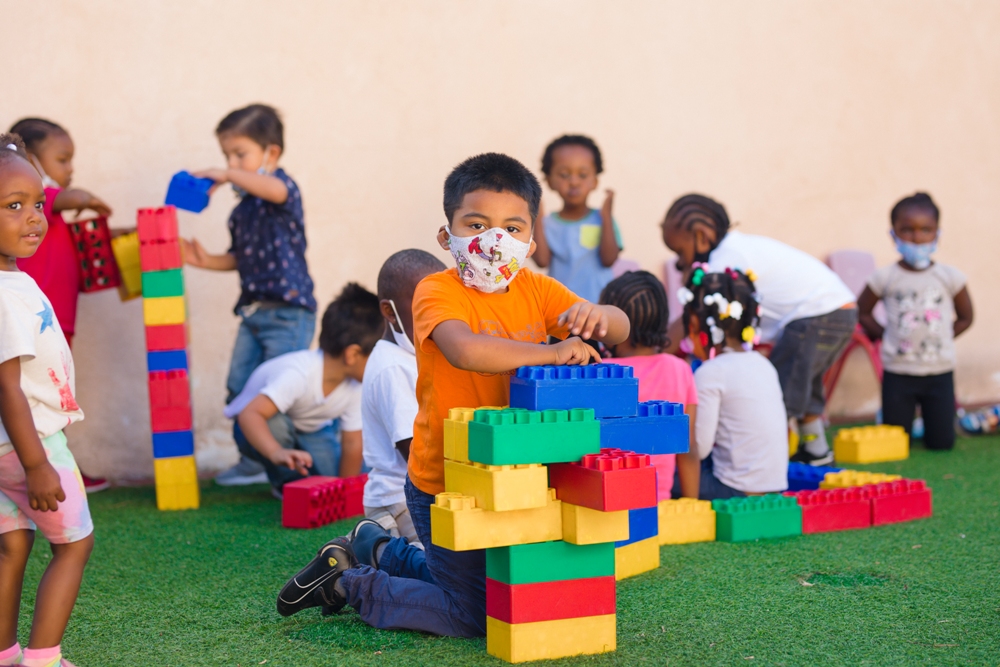